Conquest of Elysium 3 (CoE3) is a streamlined turn based fantasy
strategy game with a touch of rogue-like and the complex undertones of
the Dominions series that is also developed by Illwinter Game
Design. While CoE3 appears to be a simple game with limited options at
first glance, delving further into the game reveals a game of complex
decision making and risky endeavors.


The main focus in CoE3 is that each race plays differently. We’re not
talking about a unique building and unique unit, we’re talking about
completely differently, with different mechanics and different
goals. Perhaps you’re playing a druid, focused on amassing a vast
forest and jungle empire from which to harvest ingredients to summon
creatures of the woods with no practical need to conquer mines, or
perhaps a dwarf, who’s only concern are mines and produce units at a
set rate every turn and focus almost entirely on upgrading those units
to survive as long as possible, since they are so difficult to
replace. With 18 different factions that alone is enough to keep your
play dynamic as you vie for control of the map to conquer
Elysium. That isn’t where it ends, however, there are 6 scenarios in
which your game takes place that will help randomize the map. These
scenarios range from a the early days of an agrarian world to a giant
gleaming capital, which you can conquer, that spawns patrols of human
guards, to a fallen empire filled with the living dead and scarred by
battlefields and tombs. There’s also random events to contend with,
from merchants to pillage to the very gates of the underworld opening
portals to your realm, your hands will be full before you even make
contact with the enemy.

In each game the objective is to defeat your enemies by relying on the
strengths of your chosen race. Combat in CoE3 is automatic to keep
things streamlined, but that doesn’t make it non-strategic. Each unit
has a desired “location” it wants to be in the battlefield. Archers
want to be in the rear, heavy infantry want to be in front. As you can
imagine, putting together an army that has enough strength to protect
the powerful archers and spell casters in the rear is vital. It goes
beyond that though, as you must determine your enemy’s strengths and
hopefully be able to counter their strategy. An army of a mere 10
trolls is extremely dangerous, perhaps able to bring down a dragon,
but they can only kill 10 creatures at once. An army of 50 small units
will make short work of your trolls. However, an army with a wizard
able to cast high level spell may completely destroy all 50 small
units in one shot but would be unable to harm 10 trolls. Determining
the strength and composition of an enemy army is a vital skill, and
since hitting in combat, damage, and even the very spells that will be
cast are randomized based on the abilities of each unit, every battle
invites potential disaster and a change of plans.

Features:
* Assassins that make an assassination attack before combat starts.
* Catapults, Hill Giants and Rocs that can throw or drop boulders during sieges.
* Immortal Liches and Vampires.
* Regenerating trolls rise from the dead if they haven’t been killed too badly or their side lost.
* Large worms that can swallow smaller enemies whole. Swallowed units take a few points of damage from digestion each round until they are freed.
* Shape changers that looks like something else when seen by the enemies.
* And many many more monsters and abilites….
* Random maps
* Random events, good and bad
* 18 different classes
* Spell system with 42 magic paths
* Hotseat gameplay (multiple players on the same tablet)
* Team play, you can be 2 players against the AI for example.
* Made for tablets. A screen size of at least a 7 inch is recommended

Important: While it is possible to play this game on a standard phone, you really need a large screen to be able to play it comfortably. A 7 inch screen or larger is recommended.

This updates the game to version 3.27 to get the latest features from the pc version. It also fixes a problem that prevented the game from working on Android 7.0+. 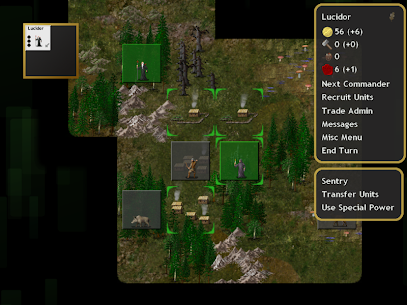 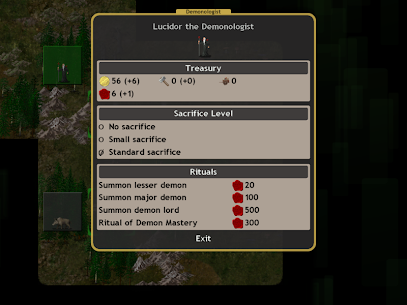 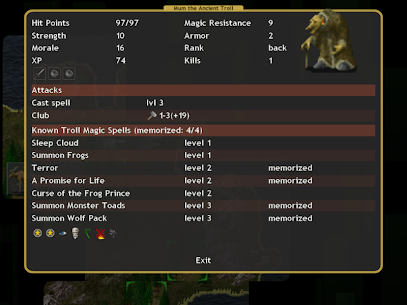 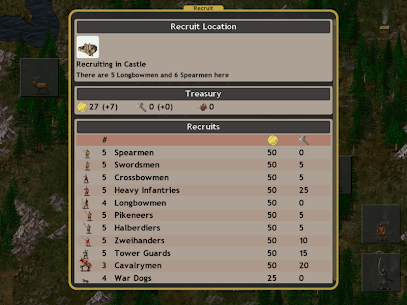 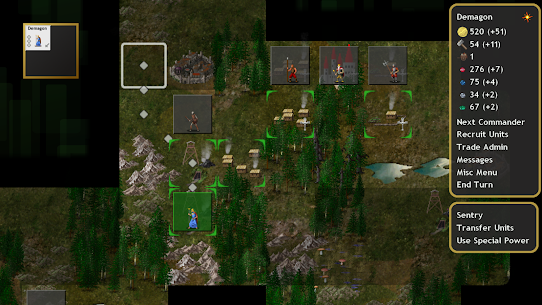