Get ready for the ULTIMATE tower defence onslaught. Build, deploy, research and upgrade your defences in this epic sci-fi adventure.

Set 100 years in the future, battle inter-dimensional flesh spawn across the solar system and defend Earth’s colonies from complete annihilation.

The pace is steady, but the stakes are high as the relentless hordes amass in an effort to overrun your mobile command centre. Unlike traditional TD games, you will be relying heavily on micro-managing dynamic action-based abilities. As you progress deeper into the campaign airstrikes, charged attacks, fortification walls and the tactical drone will become increasingly vital and deploying them strategically will be paramount.

Mistakes won’t go unpunished so stay frosty, learn from your blunders and endure to fight another day. Without pain there can be no gain!

2112TD’s artistic style is founded on the nostalgia of the RTS golden era, paying homage to games like Command and Conquer and StarCraft.

A CAMPAIGN TO TEST YOUR SKILLS

The battlefield is an unforgiving landscape and every second counts. Beginners will find forgiveness on normal mode while veterans will be drawn to the challenge of hard. When you’re ready it’s time to put your skills to the test in nightmare and survival. How long can you hold back the hordes?

When the situation gets too hairy you’ll be relying on air support. The airstrike and tactical drone deliver the big BOOM as well as defensive abilities.

Earth’s egg heads are working tirelessly to gain the upper hand against the new enemy. Unlock new abilities and weapons as you progress.

They call it the soldier’s dictionary. The tactical database gathers data on the battlefield about your arsenal and enemies alike. Be sure to check it often as it will be critical to your triumph against the hordes.

Commanders that excel on the battlefield will unlock achievements as a reward for their contributions in the struggle against the invaders.

What are you waiting for commander? The flesh spawn must be eradicated!

“This is solid, old-school tower defence design where each and every map will cause you to sit back and think about what the best strategy might be.”
– Touch Arcade (App of the week)

“2112TD takes the classic, Westwood RTS art-style and matches it up with TD, and it turns out that it fits really, really well.”
– Pocket Gamer (Games of the week)

2112TD contains no in-game advertisements or micro-transactions and can be played offline.

Got feedback? Get in touch: https://2112td.refineryproductions.com/contact

Good luck and have fun! 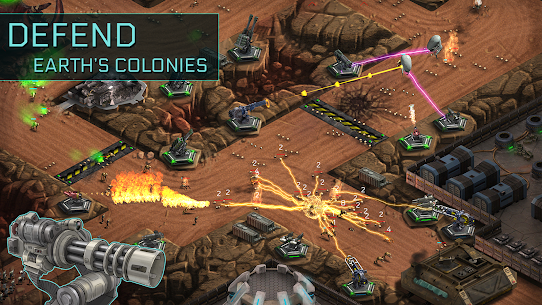 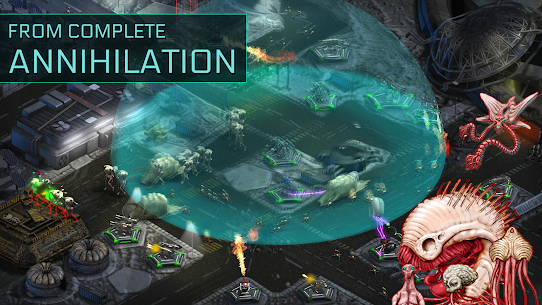 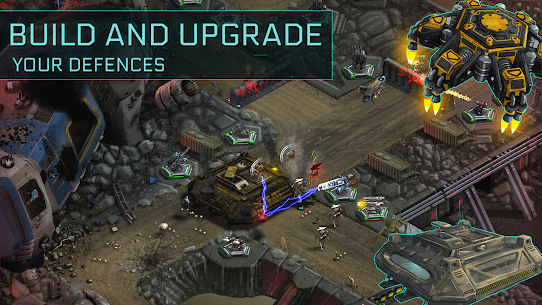 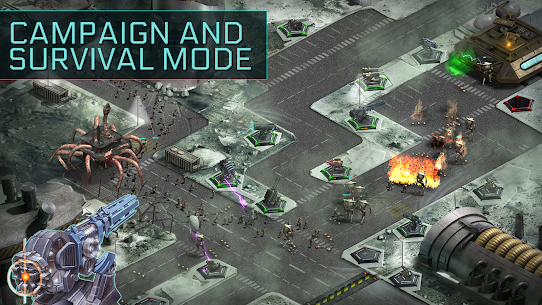 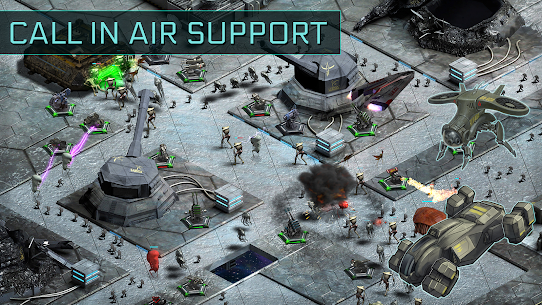